This descriptive study was carried out as part of a doctoral thesis under the auspices of the Dublin Neurological Institute with Professor Timothy Lynch as the principal investigator. The Ethics committee of the Mater Misericordiae University Hospital (MMUH) granted approval for the study. 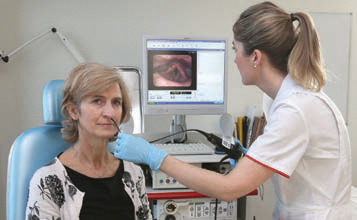 Voice problems are strongly associated with PD. They may present early in the disease, and negatively affect quality of life. It is important to evaluate the disordered voice features in order to develop effective voice treatment methods.

Parkinson’s disease is classically associated with tremor, slowness, stiffness, poor balance, stooped posture, a soft voice and sometimes voice tremor. Few studies have specifically examined voice tremor features in pwPD, therefore its characteristics are unknown. Voice tremor is also associated with the normal ageing process, a population from which pwPD come. Therefore, it is unclear if voice tremor is related to PD, to normal ageing or to both conditions. The main objective of the study was to determine if voice tremor was a feature of PD relative to neurologically healthy age-sex matched controls and to describe its characteristic features.

Thirty pwPD (22 males; 8 females) who satisfied the exclusion criteria for the study were recruited through the out-patient Movement Disorder Clinic at the DNI. The mean age of the pwPD group was sixty one(range 34-76) years and the mean number of years since PD diagnosis was fi ve (1-12) years. Twenty eight age sex matched neurologically healthy controls were also recruited to the study. A range of measures were carried out to evaluate disease symptoms, and speech, voice and tremor characteristics (Figure 1)Testing was carried out in the morning before medication was taken. All participants gave written consent to be involved in the study.

A mild degree of tremor was perceived in the voice of pwPD, when speech and language therapists (SLT’s) not involved in the study rated the voice recordings. The difference in voice tremor ratings between pwPD and controls was not statistically significant. It may be the case that it is difficult for listeners to discern subtle tremor differences between pwPD and people without PD especially when the disease is mild.

In pwPD, tremor was identified in the soft palate, the larynx, vocal cords and the tongue by SLT’s who rated video recordings (sound removed) of the endoscopy exams. The main anatomical location was the soft palate and the larynx structure. The degree of tremor in the vocal tract was greater in pwPD than in controls with statistical significance.
A novel finding in this study was tremor in the soft palate in pwPD which has not been reported before. The computerised tremor measures showed that the mean rate (Hz) of voice tremor differentiated the groups with a 4.94 Hz tremor in pwPD and a 2.85 Hz tremor in controls. Figure 1. Disease related, speech and voice measures carried out. Dr Patricia Gilivan Murphy poses as a patient in the Speech & Language Therapy Dept. Identification and Characteristics of Voice Tremor in idiopathic Parkinson’s Disease (PD) Dr. Patricia Gilivan Murphy, Clinical Specialist. Speech & Language Therapist

The magnitude (extent) of acoustic voice tremor was higher in pwPD than controls. There was a lot of variability in the tremor measures across a number of trials which may have contributed to the statistically non-significant findings for tremor magnitude. There were further important additional findings including:

PwPD had greater voice disability than controls with statistical signifi cance. This finding highlights that pwPD perceive themselves to be negatively affected in their daily lives by their voice symptoms. It is important to note that a disordered voice was not a prerequisite for entry into the study, and pwPD were not receiving voice treatment at the time of the study.

Another important finding is that pwPD had statistically significant higher levels of anxiety relative to controls.

Conclusion
Voice tremor was identified in a group of pwPD with mild disease severity. There were some similarities and some differences with neurologically healthy controls. Tremor movement was present in a number of different structures in the vocal tract, particularly the soft palate and the larynx as a unit. The rate of voice tremor may be a useful measure for identifying voice tremor related to PD. Voice symptoms resulted in voice disability for pwPD.

Acknowledgments
We wish to thank the following:
The patients who agreed to take part in the initial screening and the study evaluations. Professor Tim Lynch, and the staff at the DNI who facilitated patient recruitment.
The Speech & Language Therapy Department Maggie Garvey for assistance with the endoscopy examinations.
The Mater Hospital Postgraduate College, for grant contribution towards study costs.