An Interview with Artist Jimmy Burns

An Interview with Artist Jimmy Burns

Many of Jimmy’s paintings depict his battle with what it is like to live with Parkinson’s. The following Q/As help to interpret his paintings.

I often console myself by thinking that life could be a lot worse……. Parkinson’s is not nearly as bad as having illnesses like terminal cancer or Motor Neuron Disease. What is unusual for me is that my wife, Trish, was diagnosed with Parkinson’s in 2011, so I was aware of what to expect when I developed symptoms in 2014. As a couple we try to live each day to the full and to the best of our ability. Pat O’Dea’s set dancing/ sean-nós dancing class once a week has been inspirational and invaluable both for containment and shared hope. I have a shake in my left hand, which has got noticeably worse over the years. Thankfully, my Parkinson’s has progressed very slowly, so I still have a good quality of life. However, when I lay down my head most nights, my tremor is a reminder of the future I am facing with emphasis on two words ‘ progressive and incurable’.

Question 2: Has Parkinson’s disease had any effect on your art work since being diagnosed?

Not at all …… if anything, I’m more productive than ever – helped by two factors… retirement and my new studio! In the past year I have illustrated two books, taught a few adult art classes a week, and will hold my 10th solo Art exhibition, entitled ‘Eye to Ear – a visual homage to Music’ in December. Since my Parkinson’s diagnosis, I have been keen to interpret my thoughts on Parkinson’s through the medium of paint – hence the three pictures in the Neurological Institute.

Question 3: Does painting relieve any of your Parkinson’s symptoms?

I like to think that it does! Keeping my mind and body busy at the same time is a good distraction and an exercise in multitasking — as is also the case with set dancing and riding a bicycle! The answer to this question might change somewhat if and when the tremor moves to my right hand.

Jimmy Has kindly donated 3 of his magnificent works of art to the DNI, here is his own words are how these image reflect the challenges of neurological disease:

“Brain Storm”
A visual interpretation for the detection of Parkinson disease.The pilot (usually male) encounters a (brain) storm and crashes!Only on recovery of the ‘blackbox’ can investigators establish the cause of the crash. Similarly with the Parkinson’s patient the symptoms can be established on examination of the Basal ganglia gland of the brain, when the patient crashes (dies!). 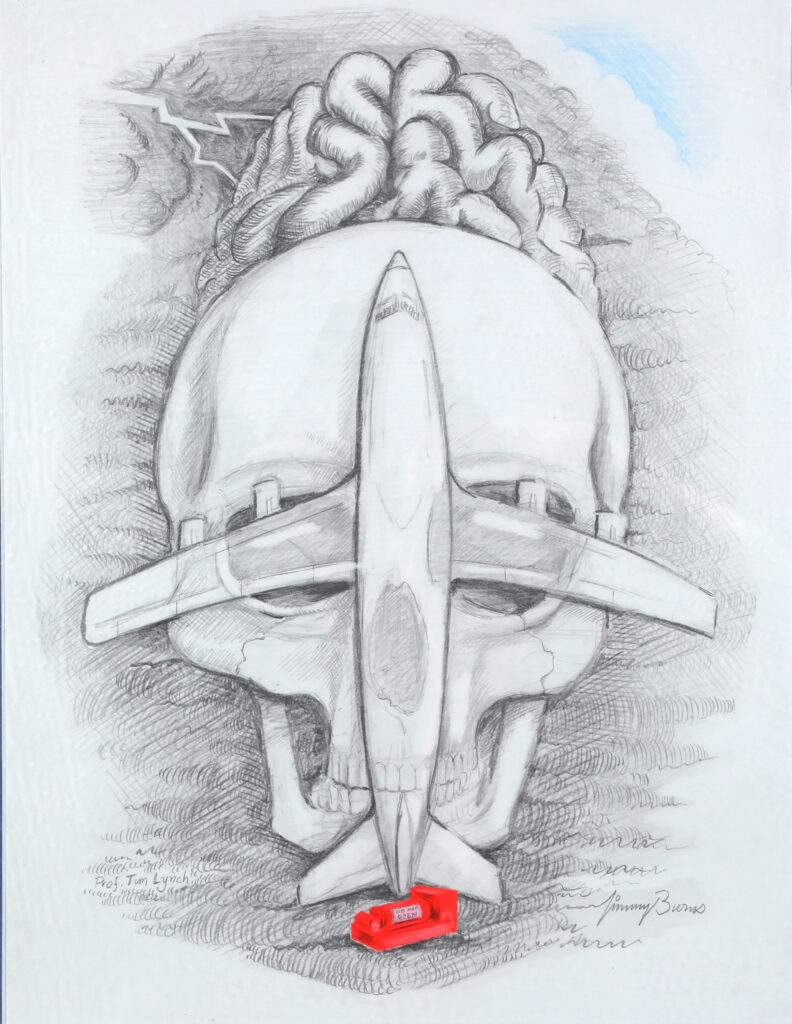 “Topsy Turvy”
Topsy Turvy is about being positive in the calm… but still the same person in the stormy! (The picture is presented here both ways up to illustrate the story behind the art). 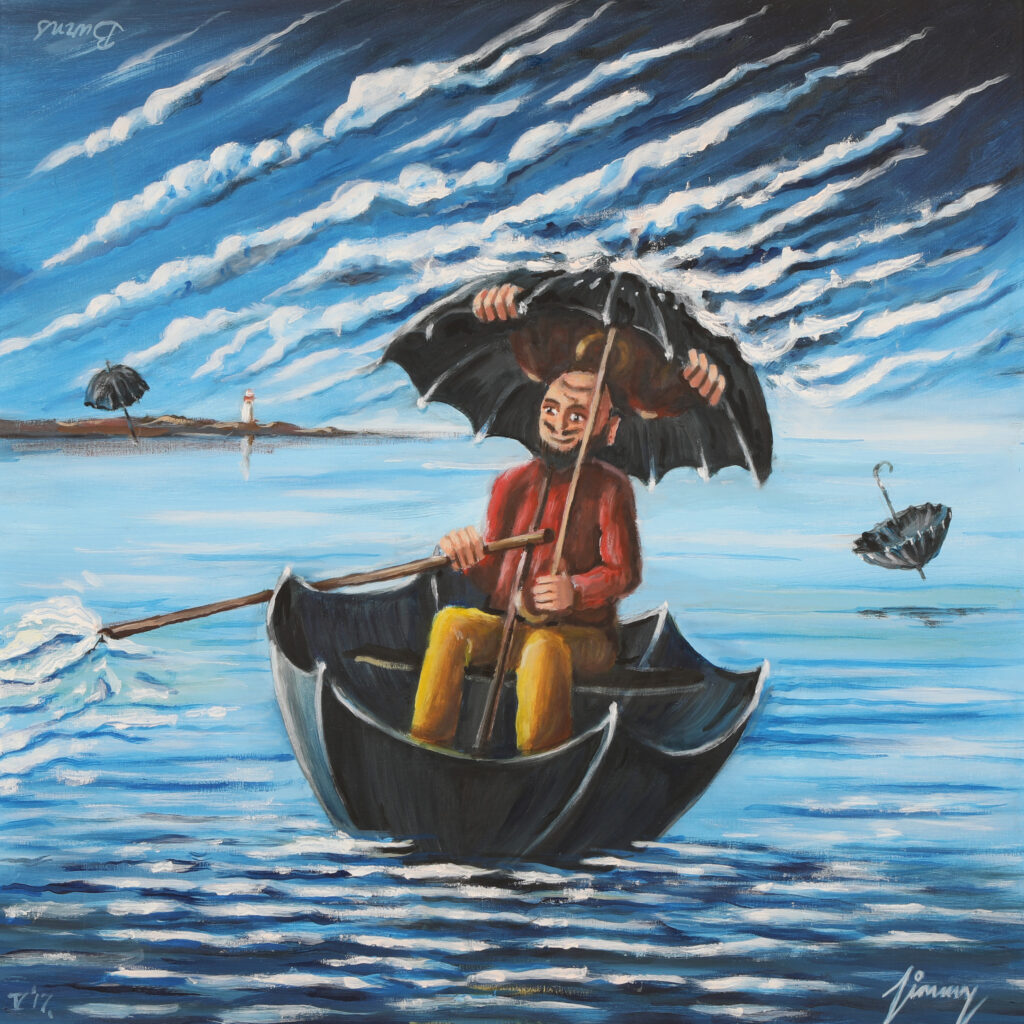 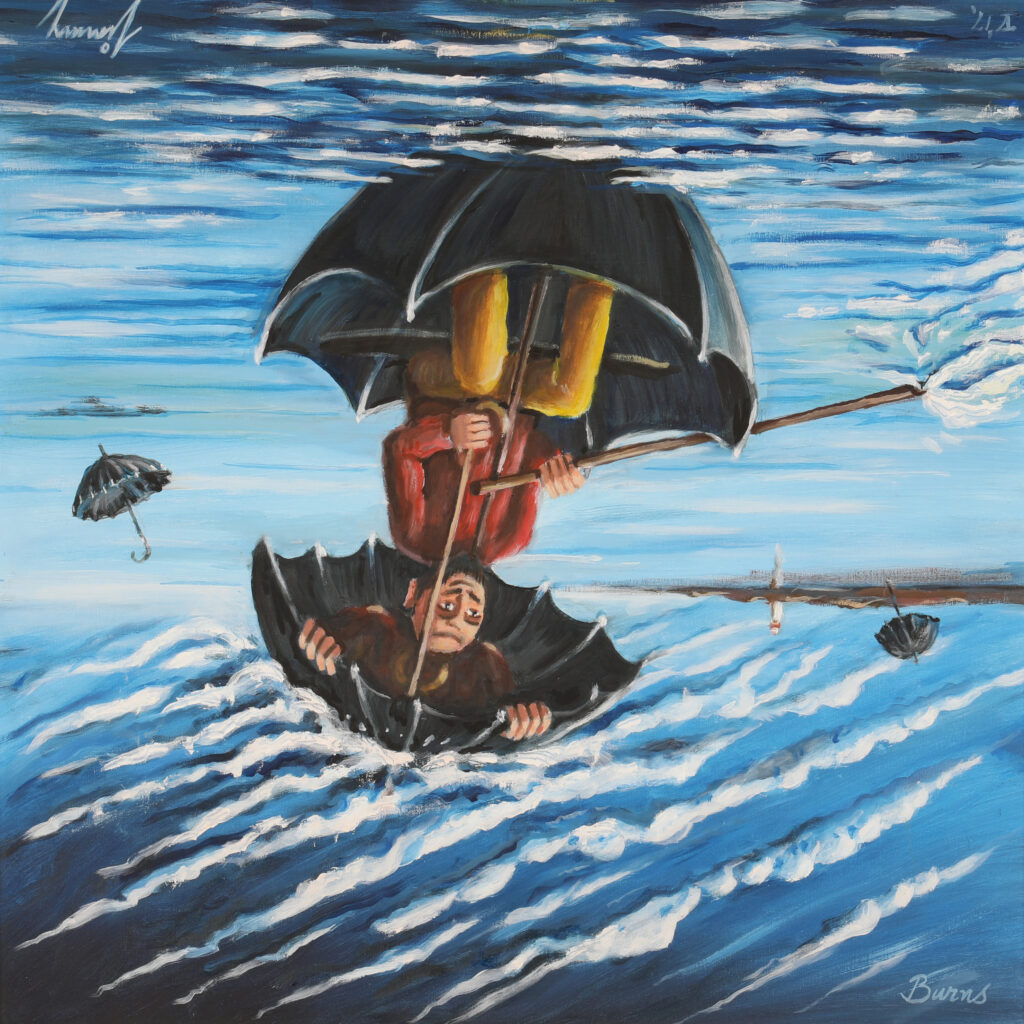 “Taking Flight”
The birds take flight in the night from the old tree. The old man/tree is now alone with part of his life missing … a bit like a Parkinson person… alone in the dark to deal with the oncoming storm clouds on the horizon. Already the leaves are beginning to shake, a promotion of the oncoming upheaval. But life goes on in this beautiful world with Nature carrying on regardless. 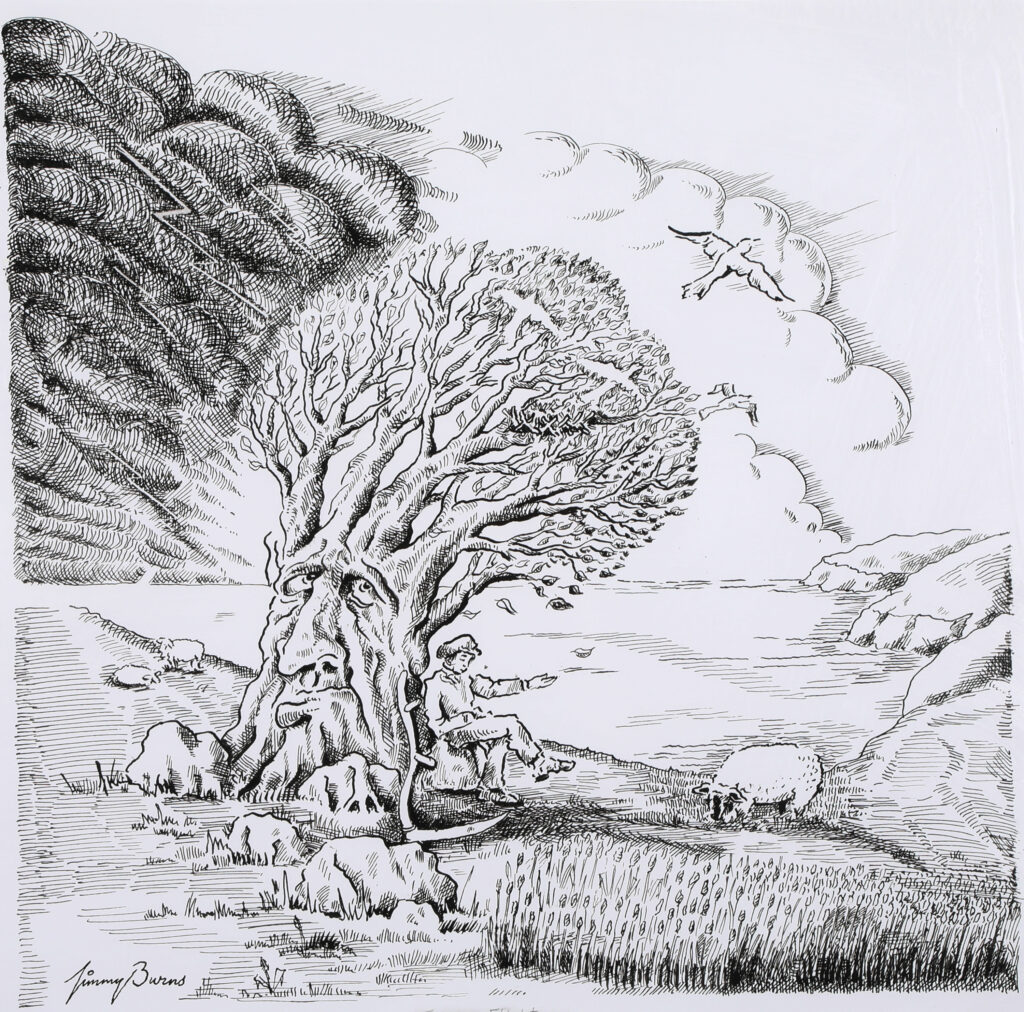